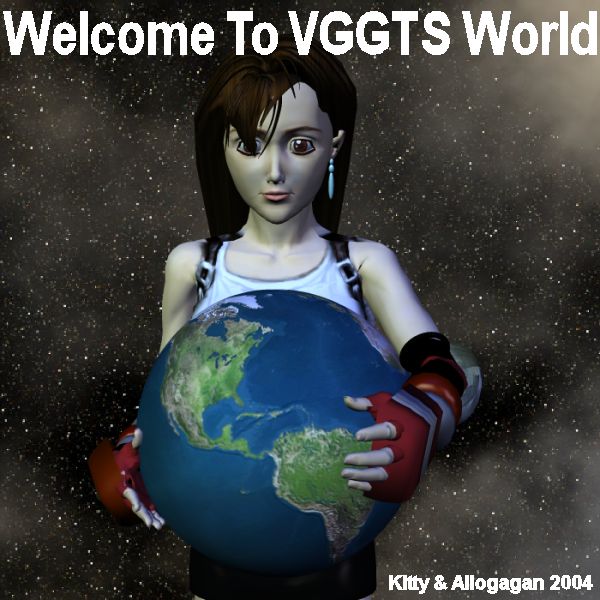 Welcome to VGGTS World!
So what is VGGTS, you ask? VGGTS stands for Video Game Giantess. Basically, your favorite video game gals such as, but definitely not limited to, Princess Zelda, Hitomi from DOA, or Aeris from Final Fantasy VII either grow to gigantic proportions or shrink the man that they adore so much and play with them as if he were a toy. This website is dedicated to this topic and all the people that contribute to it.

THIS (October 25th, 2020) IS THE FINAL UPDATE. CLICK TO READ MORE.
If you don't see the new stuff in the respective sections, try refreshing the page. If it still doesn't work, clear your browser cache and then try one more refresh.

Links - Check out other places, such as websites or social media, that are run by some of the site's contributors!
- DeviantArt: Goomba, HeroDjango

All characters on this site belong to the people and companies who originally created them. No challenge of copyright is intended, and no profit is made on this website. This is only for fun.